Lien Quan Mobile: The future of ProE is unknown

Recently, there was information on Team Flash’s homepage that ProE has officially parted ways with this team, the information about the start date has surprised fans extremely. ProE also greets Team Flash fans on its fan page: “For personal reasons, because I wanted the team to develop further, I officially parted ways with the team as I won’t be able to accompany the team in the near future.
“I’m so sorry everyone, I hope no matter what happens, no matter what decision you make, you will still support Team Flash. Believe in Rainer and his team members, whether new or old.” 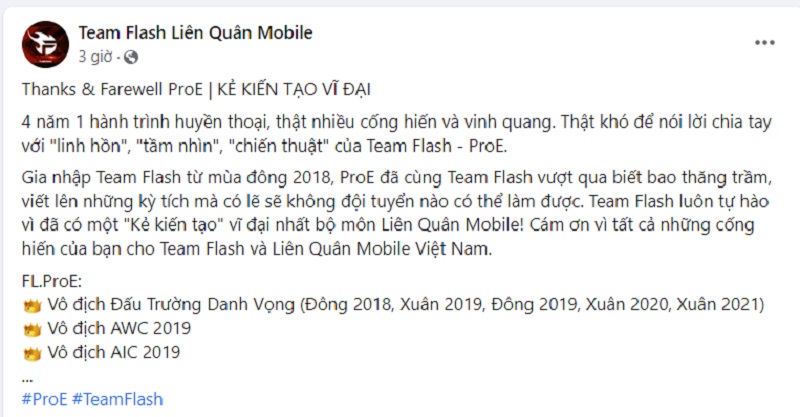 “This will be the most difficult time because I haven’t prepared or thought about the future. I hope that I will make it and I hope that you will always support me. Taking leave!!”. 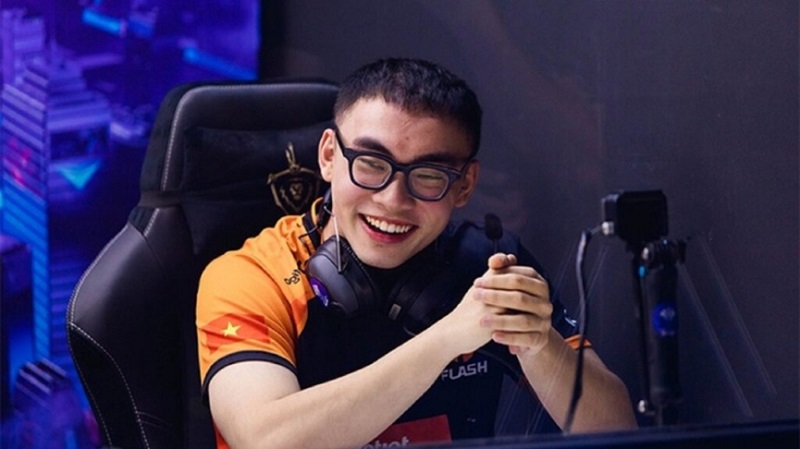 It’s still unclear what the future of this gamer will be, but according to many rumors, ProE will be on hiatus for a few months and will find a new path for itself in the future.
Follow Innnewyorkcity VN.com to update new news about ProE and Lien Quan Mobile!