Mao Xingyun is considered a “brilliant” programmer in China, and it was recently announced on Tencent’s website that this programmer had passed away.

Winco Qin, CEO of TiMi F1 Studio writes: “Mao has demonstrated his professional skills and outstanding track record in his more than five years of service to the team. He always has high expectations of himself.”
Mao usually went to the hospital for treatment in August and September, but his medical history was not disclosed. Mao’s cause of death is currently unknown. According to side information, Programmer Mao died of stress and depression. The project he led did not go according to plan, the entire team was fired, the budget was cut and underestimated.

How much pressure to jump out of your own company building. Tencent only announced sudden death, not suicide. According to Mao Xingyun’s colleague, he had to seek psychological treatment for a long time, but he is very active professionally and wants to bring the Chinese game industry to the side of the West, especially 3A games. 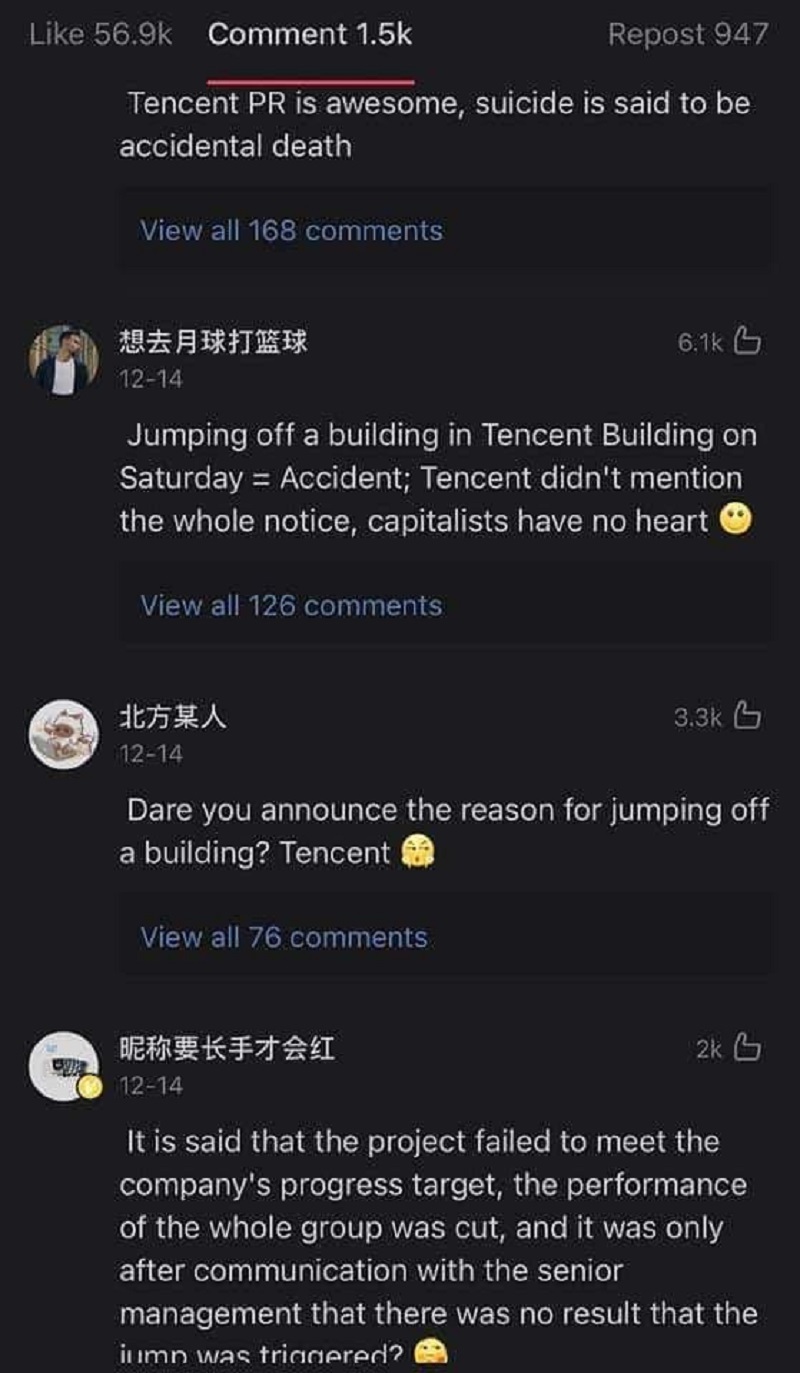 Mao Xingyun’s death has not been officially announced, but the side information also makes the Chinese online community deeply mourn a talent.
Follow Innnewyorkcity VN.com to get the latest information about Mao Hanh Van!